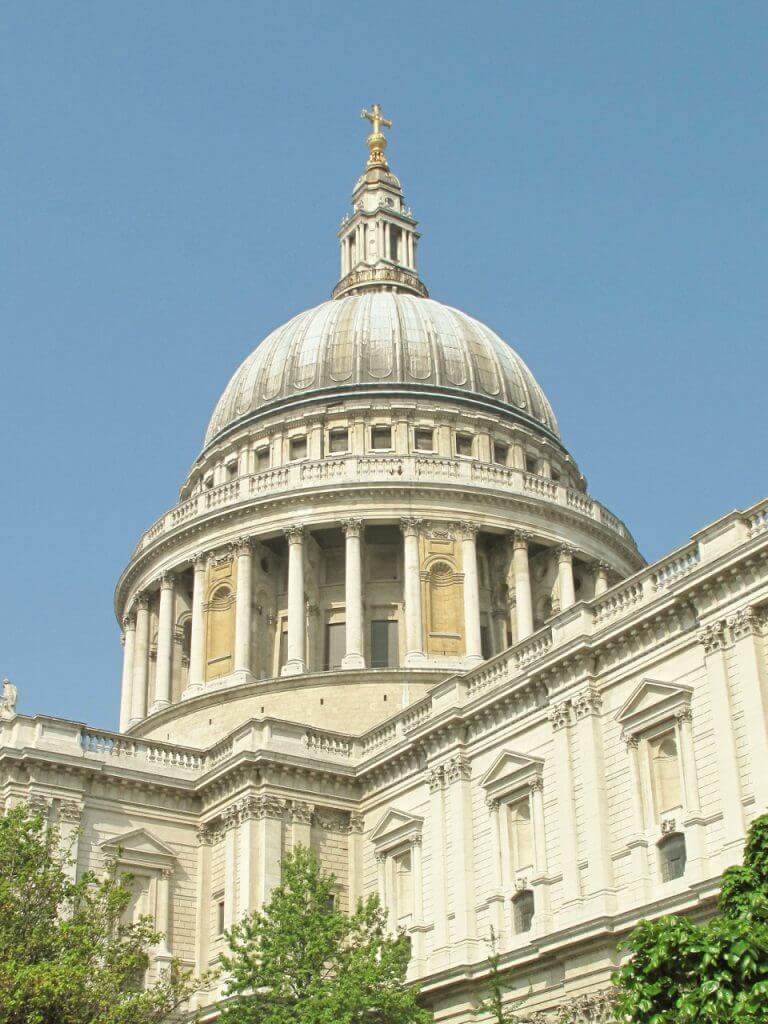 Rising high above the City of London is the dome of St Paul’s. The cathedral is the masterpiece of Sir Christopher Wren, built after the devastation of the Great Fire of London and opened in 1710.

St Paul’s is the burial place of many great men and women, including two of our national heroes, Admiral Lord Nelson and the Duke of Wellington, the site of Winston Churchill’s funeral and the wedding of Prince Charles and Lady Diana Spencer. St Paul’s was also a real symbol of survival for Londoners during the dark days of World War Two — the sight of the immense dome standing proud gave hope to ordinary people and inspired the nation. Visitors today can glimpse Wren’s genius in the stones of the cathedral, see the outstanding craftsmanship and artistry of the men who worked with him, and read the epitaph written for him by his son which ends “Reader, if you seek his monument look around you”, for Wren too is buried in the crypt of St Paul’s.