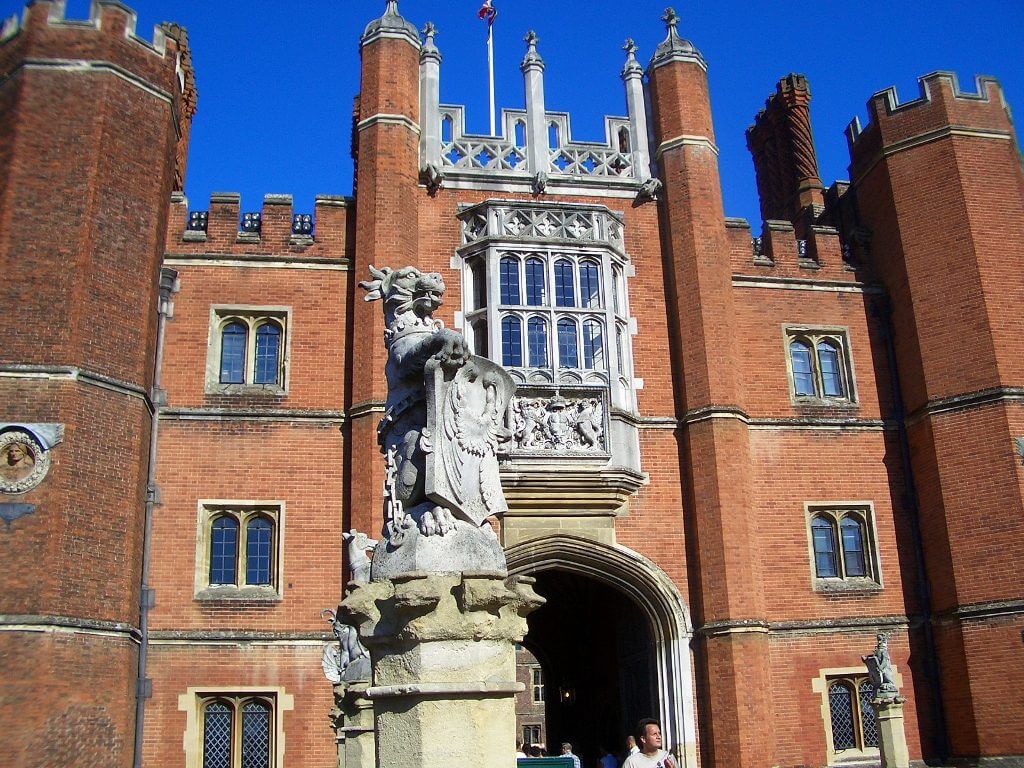 From the first moment of arrival Hampton Court cannot Fail to enchant. As you approach the Tudor entrance you are carried back in time to the reign of Henry the Eighth, imagining his court in residence, ladies in their fine clothes, gentlemen waiting to catch the ear of the king. You will visit Henry’s great hall, see the Chapel Royal where he prayed, and feel the atmosphere of the haunted corridor where the ghost of Catherine Howard, Henry’s fifth wife, is said to linger.

The Tudor kitchens are another wonder. They are a vivid reminder of the volume of food that would have to be produced to feed the royal court, vast and fascinating, every detail from the larder to the huge fires where meat would roast will enable you to almost smell the feast!

Later additions to the palace include rooms built for Queen Mary and King William, who came to the throne in 1688. You will notice the difference in style from Henry’s 16th century rooms to the more spacious ones of over a century later. It was Sir Christopher Wren who remodelled much of Hampton Court, and the impressive façade leading onto the garden is his design.

In the gardens you will find varied landscapes, the restaurant and, of course, the famous maze. It really is difficult to escape from the maze, so leave plenty of time if you venture in!